At least 56 Tamil Tiger rebels were killed while 87 more were injured in a fierce battle on the island’s north. The troops had gained a further two km of stretch of the rebel defense bund in the Kilinochchi district. The Task Force 1 and the Army’s 57 division were successful in capturing the rebel bund created as part of their defenses to stopthe military advance into Kilinochchi, the rebel administrative headquarters.

Some 10 soldiers were killed while 47 others were injured. Meanwhile four large Liberation Tigers of Tamil Eelam (LTTE) boats had been destroyed in an air raid afternoon in the Mullaithivu district. Kilinochchi and Mullaithivu remain as the last two LTTE bastions on the island after the military scored a series of victories in the battle field against the rebels who have been fighting the government troops to set up a separate Tamil homeland.

US drone attack in Pakistan kills at least seven Taliban

US attacks by unmanned drones killed at least seven suspected Taliban members in the tribal areas of northwest Pakistan. It’s the latest in a series of such air attacks. US officials, citing policy, have refused to comment on most of the strikes.

The attacks are carried out by Predator unmanned aerial vehicles, remotely controlled from CIA. headquarters in the US, targeting Al Qaeda terrorists and Taliban militants from Afghanistan who are hiding out across the border in tight-knit tribal communities. Al Jazeera noted that the attacks came a day after the Taliban killed two Afghan brothers they suspected of being spies for the US.

Pakistan has condemned the attacks as a violation of its sovereignty, and warned that they are counterproductive.

India said the pressure put on Pakistan by world leaders over last month’s attacks on Mumbai was inadequate and handed over a letter allegedly written by a surviving gunman to Islamabad. Indian foreign ministry spokesman Vishnu Prakash said Pakistan’s acting High Commissioner Afrasiab Mehdi Hashmi was summoned to the ministry and given the letter purportedly written by Mohammed Ajmal Amir Iman.

“In his letter, Kasab says he is a Pakistani national and that he wants to meet the Pakistan high commissioner” (ambassador) in India, the Press Trust of India added. A ministry official told a photocopy of Iman’s original letter had been handed over. Foreign Minister Pranab Mukherjee meanwhile said he wanted to see more results from US-led attempts to force Pakistan to co-operate with the probe into the attacks, which India blames on Pakistan-based militants.

Tech stocks may still be dropping in markets around the world, but that isn’t because companies are running out of new ideas, to judge from the compilation IEEE Spectrum is publishing here for the third year in a row. Last year inventors and their employers continued to file patent applications at an ever-increasing rate: there were 456 154 applications for U.S. “utility” patents—those for inventions as opposed to design ideas, new organisms, and so on—an increase of 7 percent over 2006. That was more than twice the number filed a decade ago, according to the data compiled by 1790 Analytics, which specializes in evaluating intellectual property.

Physicists Invent a Chip That Stores a Photon’s Quantum State

Physicists in Switzerland led by Nicolas Gisin of the University of Geneva reported last week in Nature that they have made a solid-state device capable of storing photons for as long as 1 microsecond. The invention will aid in the development of light-based quantum-cryptography networks, which are theoretically impervious to hacking but are currently limited in range to a few dozen kilometers, primarily because of a lack of a suitable way to store the quantum state of photons.

Christian Vs talent struggle in St.Stephens Senior faculty members of the St. Stephen’s College are unhappy over the way talent is being bypassed to accommodate Christian teachers. The college’s pro-tem administrator MS Frank has written a letter to faculty heads to give preference to Christians in the appointment of teachers in tune with the college’s “Christian character”. Head of the history department Rohit Wanchoo wrote to Frank protesting the appointment of two Christian teachers, saying they were less qualified than the non-Christian candidates who had applied for the positions. Heads of Departments refused to register new students for the first time in the institution’s 126-year history and boycotted an annual July 15 lunch and assembly in honour of the new batch of students as a mark of protest.
In May, an ad hoc lecturer in the math department was replaced by a Christian candidate. Ad hoc lecturers enjoy better service conditions than visiting faculty. This is a second attempt at increasing Christian presence in the college, after Stephen’s upped the quota for Christian students from 40% to 50% two months ago. While the decision was strongly criticised by most, the bishop of Delhi insisted the cut-off for Christian students should also be just 60%.

CBI director Vijay Shankar has pulled out of talks with Pakistan. He was supposed to lead a delegation to Islamabad next week to hold talks with his Pakistani counterpart in Federal Investigating Agency (FIA). The external affairs ministry of India has taken the decision to send a strong signal to the neighbour whose hand is being seen in the Indian embassy attack in Kabul- the worst in Kabul since the fall of the Taliban. National security adviser M.K. Narayanan has received “pretty good evidence” about the ISI’s involvement in the suicide attack on the Indian embassy. Pakistan is not co-operating in fighting terror and is still harbouring Dawood Ibrahim. At the meeting with the FIA, Shankar was expected to give proof of Dawood’s presence and his whereabouts in Pakistan. The agencies were also slated to discuss drug trafficking and smuggling of fake Indian currency, apart from terror. 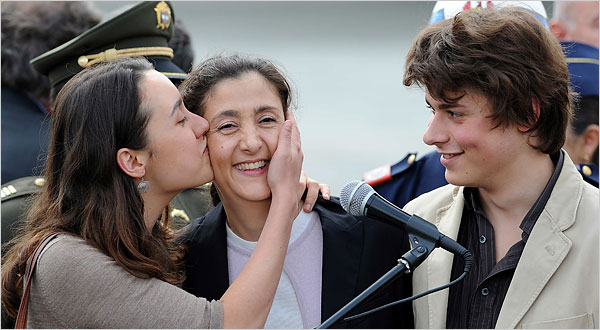 The Colombian military has managed to plan and execute a daring operation that ended a long-running international hostage saga and upended Colombia’s four-decade civil war. Ingrid Betancourt,the French-Colombian politician and 15 other hostages, including three American contractors were rescued from the FARC(Revolutionary Armed Forces of Colombia) rebels in the jungles of Colombia. The FARC rebels have been duped by the military with the help of intelligence, precice planning and commitment. Ingrid Betancourt, whose captivity since 2002 has attracted attention worldwide. Its founder, Manuel Marulanda, has died; security forces killed its second-in-command, Raúl Reyes, in March; and some 3,000 combatants have deserted in the last year. FARC erans around $200 million a year from drug trafficking is a powerful force of several thousand fighters. But the raid combined with continued pressure might push the rebels to negotiate for peace.

Thousands of people took to streets against the allotment of transferring 800 kanals(100 acres) of forestland to Amarnath Shrine Board. Clerics in Valley mosques have urged people to resist the move tooth and nail. Imams at local mosques are instucting people to protest against the government order in the Friday congegregations. Eyewitnesses’ accounts revealed that people throng to street after Friday prayers from all the major and small mosques of the city. Led by various separatist leaders and head of the mosques, the people marched on the city roads and chanted slogans against government, security forces and chief minister Ghulam Nabi Azad. Protesting youth at Lal Chowk assembled near the Clock Tower (Ghantaghar) and hoisted Pakistani green flags on the tower.

The annual Amarnath yatra began here on Tuesday, amid religious fervour and under CRPF security blanket. It was flagged off by Jammu and Kashmir Minister for Higher Education Gulchain Singh Charak.